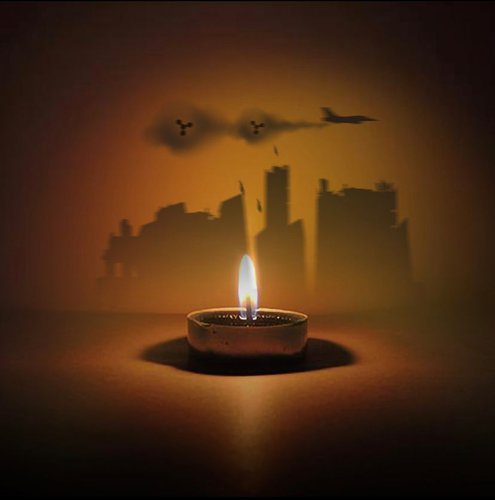 The White Helmets invites you to participate in an online candlelight vigil event to honor the victims of chemical attacks in Ghouta, Syria, and the world.

Nine years ago, on the early morning of August 21, 2013, the Assad regime released the nerve agent sarin on its own people in the Ghouta district of Damascus, killing more than 1,100 Syrians, and injuring over 5,000. Prior to this, it is estimated that the Assad regime has used chemical weapons against the Syrian people at least 200 times since the conflict began, killing more than 1,500 and injuring more than 11,000. On this somber anniversary, we remember and honor all the victims of the chemical weapons attacks.

On this 9th anniversary of the Ghouta chemical weapons massacre, we want to honor and memorialize the victims in Ghouta and all victims of chemical attacks around the world, and spread a message of solidarity to the families of these victims. We must remind the world of this horrific and unforgivable crime against humanity committed.

This vigil aims to honor both the victims of the Ghouta chemical massacre, as well as all victims of all chemical weapons attacks. The candle will be a way to honor, remember, and memorialize these victims so that their memory is not forgotten. Furthermore, the candle is a symbol for shining a light on the truth so that these atrocities are not left in the dark. We must not forget about these horrific crimes lest they be repeated once again in the future.

Support us in spreading the word and reminding the world of the victims of chemical weapons. We invite you to light a candle and send a message of support and solidarity to the Syrian victim and families, and to all victims of chemical weapons attacks. Your contribution will make a difference by honoring the memory of the victims and upholding the dignity of survivors, and by making your voice heard in the demand for justice and accountability to ensure that these crimes against humanity never occur again.

You can contribute by posting a selfie photo or video with a lit candle and expressing your words of solidarity.

Please use the hashtag and tag our social media accounts.