A Brief on the U.S. Raid in Idlib 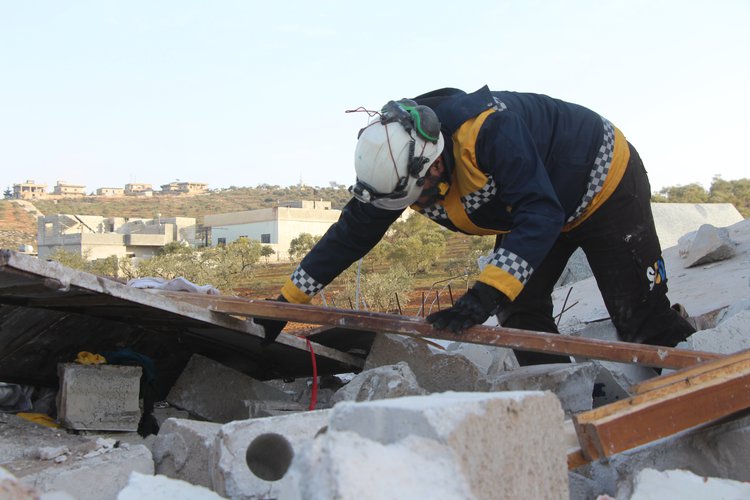 At least 13 people, including 6 children and 4 women, were killed, and a girl and a person were injured in shelling and clashes following an airborne raid of US special forces

The Syria Civil Defense (The White Helmets) received reports about an airborne raid after midnight on Thursday. Later it was discovered that the airborne raid was carried out by U.S. special forces in Atma area in the Idlib countryside near the Syrian-Turkish border.

SCD teams made their way towards the scene but were unable to enter initially as a result of the clashes and bombing that followed the airborne operation. The clashes concluded at 3:07 in the morning when helicopters exited the scene.

Our teams managed to enter the building at 3:15 a.m. The building has two storeys and a basement. The upper storey was partially destroyed.

Our teams rushed an injured child to the hospital. The child's entire family was killed in the operation. The teams also rushed another person to the hospital who was injured in the clashes when he approached the scene to witness what was happening.

The SCD teams recovered the bodies of at least 13 persons, including 6 children and 4 women, who were killed in the clashes and bombing that followed the airborne operation. The teams delivered 2 bodies to the Forensic Division in the city of Idlib.