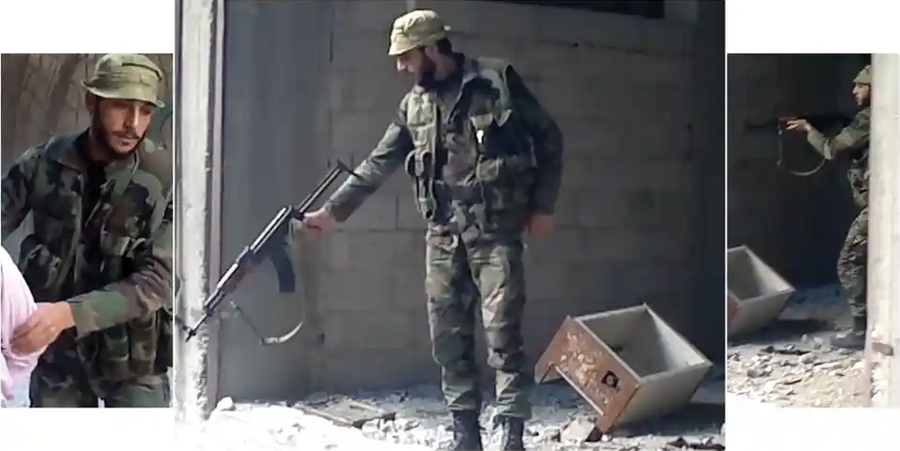 We, the undersigned Syrian humanitarian, human rights, and civil society organizations, are deeply shocked by the massacre of at least 41 civilians in Tadamon neighborhood in Damascus, committed in April 2013 by members of branch 227 of Syria’s military intelligence service (mukhabarat), the details of which were recently revealed in a report by The Guardian. We are writing to demand immediate action to address this massacre, which amounts to a war crime, and hold perpetrators accountable at the UN Security Council.

The footage clearly showed the two main perpetrators marching blindfolded, zip-tied men and women toward a giant hole they did not know was in front of them. One by one the civilians were deliberately shot dead. Their bodies were buried on top of each other in a mass grave then incinerated as the perpetrators laughed and smoked.

For nearly 11 years our organizations have collectively documented mass atrocities and human rights violations in Syria and advocated for protection and accountability. The White Helmets have pulled countless civilians from under the rubble of Syrian and Russian airstrikes, we’ve documented deliberate attacks on schools, hospitals, and civilian infrastructure, and we’ve seen in horror photos of tortured bodies of detainees smuggled out by the military defector Caesar. But never before have we seen such clear evidence of a war crime committed and videotaped by Assad’s intelligence services in broad daylight, in cold blood, with no regard for the humanity of the victims or concern for consequences.

In the days since the report came out, families started seeking the faces of their missing loved ones among those being led to their deaths in Tadamon. Many Syrians are rightfully expressing outrage about the lack of response from the international community to such a shocking report, especially in the context of similar crimes being committed by Russian forces in Ukraine. It’s high time that the international community learned that impunity for grave human rights violations in Syria has far-reaching consequences beyond its borders.

Syrians have endured horrific crimes like the massacre in Tadamon at the hands of the Assad regime, committed with total impunity, for 11 years, and for years the world has ignored their suffering. There can be no peace in Syria without justice. We urge the United States, a permanent member of the UN Security Council, to convene a meeting at the Council during its presidency in May to address the Tadamon massacre and to launch an independent probe into the killings that brings perpetrators and those who gave them orders to justice. We look forward to your response.