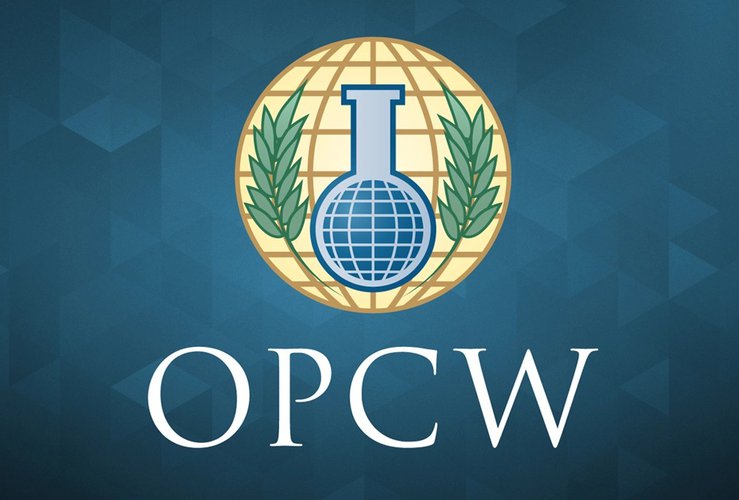 The White Helmets welcome the Joint Statement presented by Canada concerning the accreditation of Non-Governmental Organisations (NGOs) during the first day of the Conference of States Parties to the Organisation for the Prohibition of Chemical Weapons (OPCW).

The statement was delivered on behalf of 52 countries and condemned “a small minority of States Parties” for blocking the accreditation of NGOs – including the White Helmets – to the conference.

The OPCW is made up of 193 member states and oversees the global endeavour to eliminate chemical weapons. NGOs must apply to attend the conference and are accepted based on guidelines that were agreed by States Parties to promote transparency and ensure that a diverse range of civil society voices are heard.

The Joint Statement expresses concern that the intent of the guidelines on the inclusion of NGOs is being undermined by a small minority of states to “block the accreditation of NGOs who have a proven track record of working on issues demonstrably relevant to the object and purpose of the Convention.”

The White Helmets have responded to more than 50 chemical attacks across Syria. We provide first aid to the victims and transport them to hospital. We also document the incidents and share the evidence, including samples, photographic materials, and testimonies with the OPCW. We collaborate with and support the work of the investigation teams of the OPCW. We have provided more than 100 samples to OPCW from various incidents and many of our rescue workers have provided first-hand testimonies to investigations. Our evidence has been referenced in numerous OPCW reports.

Blocking credible and relevant NGOs from participation negates the vision and values of the OPCW and diminishes the voices of the victims of the attacks. The state parties who have prevented our participation – the Russian Federation and the Syrian Regime – are complicit in the war crimes in Syria and are working to obstruct the investigations. These states are also investing heavily in campaigns to misrepresent the facts and confuse the public, in addition to hindering the efforts of the OPCW in its investigation about the production and use of chemical weapons in Syria.

War criminals and those who support them are mistaken when they think that trying to block or hinder the White Helmets from accessing the OPCW Conference will silence the truth. The evidence we provide to the OPCW will ensure that we remain in the minds of attendees of the Conference, particularly those who have prevented our participation. The voices of victims and the truth cannot be made to disappear.