In parallel with the unprecedented barbaric campaign launched by the Syrian regime’s war machine and its allies, to spread death and destruction during the month of May, the Syria Civil Defence (SCD) teams stationed in 116 search and rescue centers were working in a race against time to reduce the disastrous effects of this brutal aggression.

Field reports documented SCD’s team responding to 2374 military attacks perpetrated by using various types of weapons. This overwhelming large number of aggressive attacks within the short period of time and tight geographic space has posed demanding challenges to SCD teams, who had but limited recourses to help them through carrying out their operations. And who themselves were not an exception to the regime’s military attacks and targeting of its brutal arsenal. However, the White Helmets staff dedications and determination succeeded in taming the worst effects of aggressions. In each case of the targeting, the SCD rushed to offer help package through their emergency, rescue and rubble removing operations.

Accordingly, a total of 785 injuries were provided with emergency service, a quarter of them were children rescued from the rubble. It should be noted here that despite the challenges posed by this escalation, the SCD centers never stopped per-forming their leading role in rendering their services to the civil community people, by providing urgent humanitarian response to the cases resulting from non-combat accidents or actions. The number of these cases reached well over 9805 accidents, which included civil and emergency services, including awareness activities. This was in addition to the specialized services provided by the Women Service centers, which is a pioneering initiative meant to ensure reaching an optimal level of service accessibility and participation of all segments of the society. No less important is the leading role undertaken by the SCD to deal with the remnants of war and spare the society the serious and catastrophic consequences of these objects being placed in civilian places. 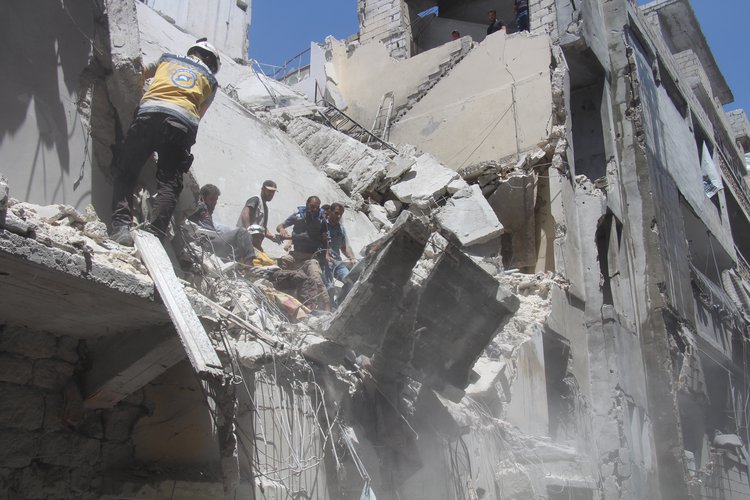 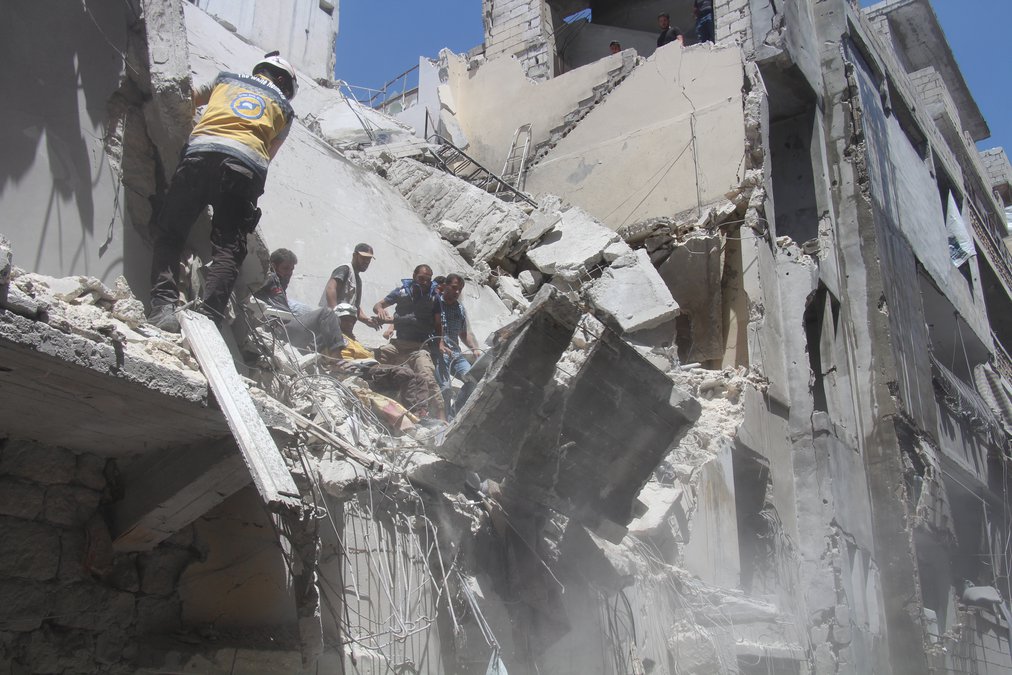 Search and rescue response to a regime attack that killed 13 civilians, 27th May 2019