Report No. 4 on Khan Shaikhoon Attack On Tuesday 4 April 2017 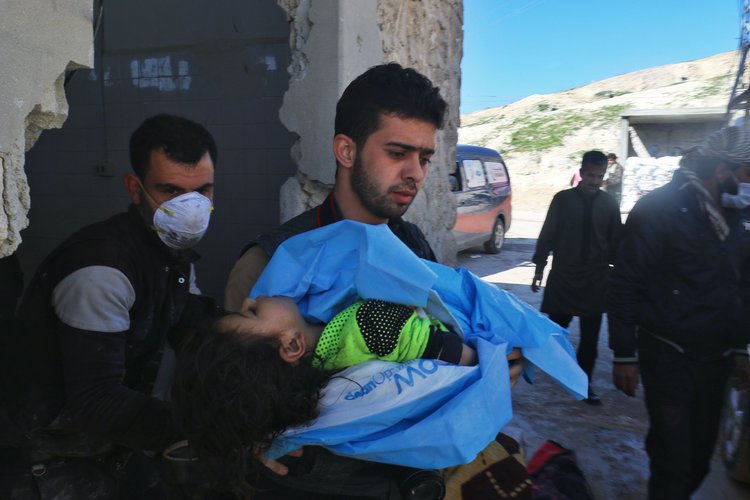 suspected to be chlorine and sarin. This attack caused suffocation injuries to 541 civilians

Report No. 4 on Khan Shaikhoon Attack

suspected to be chlorine and sarin. This attack caused suffocation injuries to 541 civilians

severe and led to the death of 89 persons. This number is liable to increase according to

Idlib Province as the number was so big. The problem was worse than imagined because the

just tow days before the chemical attack. Some serious injuries were referred to Turkish

pupillary light reflex. All these symptoms refer to the use of chemical weapons.

Until now, number of deaths documented by names has been raised to 89 person:

Number of injuries referred to Turkish hospitals is 54, 3 of them have died there so far.