We are providing services to upwards of four million civilians across northwest Syria.

In many areas of Syria the impacts of war has mean civilians are suffering doubly: firstly from the withdrawal of state provided services like electricity and sewage maintenance. Secondly from the targeted destruction of infrastructure like homes, roads, schools, bakeries and markets. Secondly, . We work to fill these gaps by providing essential services to over 3.5 million people.

In determining what community services are needed in any area our teams consult with local councils and other civilian groups like teachers and medics to determine local needs which we then draw up response plans to. Services differ from community to community and are ever evolving but here are some of the services we are providing. 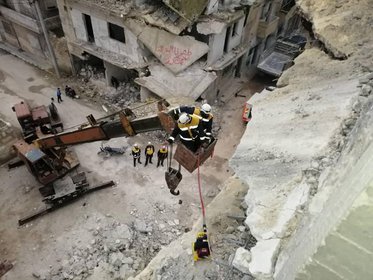 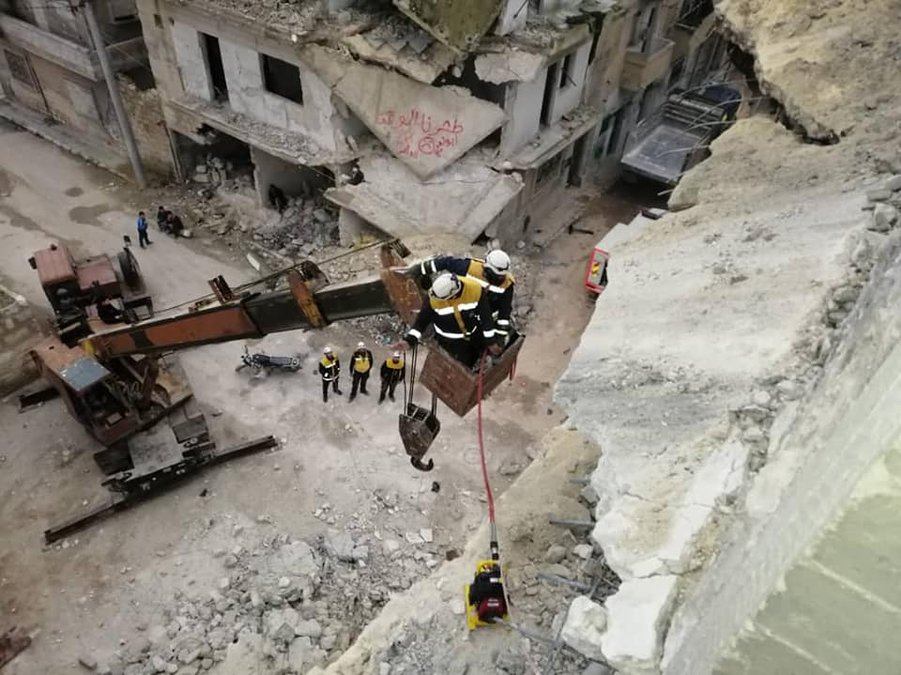 Adjusting to life under fire is not easy but with no end to attacks in sight, educating civilians on how to prepare for, respond to and recover from aerial attacks is essential. We provide training on where to seek shelter, basic fire-fighting and first aid.

An increasing challenge facing civilians is the presence of unexploded weapons that can injury and kill when disturbed. We provide training on how to spot them, how to report them and ultimately where possible we remove these deadly devices.

These community awareness sessions happen in homes, on the streets, schools and civil society spaces. We have distributed more than 1,340,000 awareness brochures, 3650 roadside signs and delivered 36,000 awareness sessions. Time and time again our volunteers hear stories about how this information has helped saved lives. 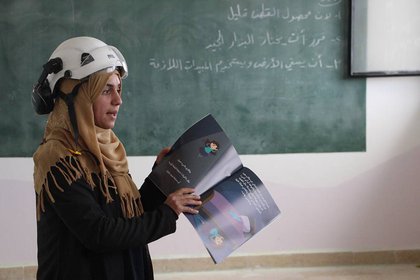 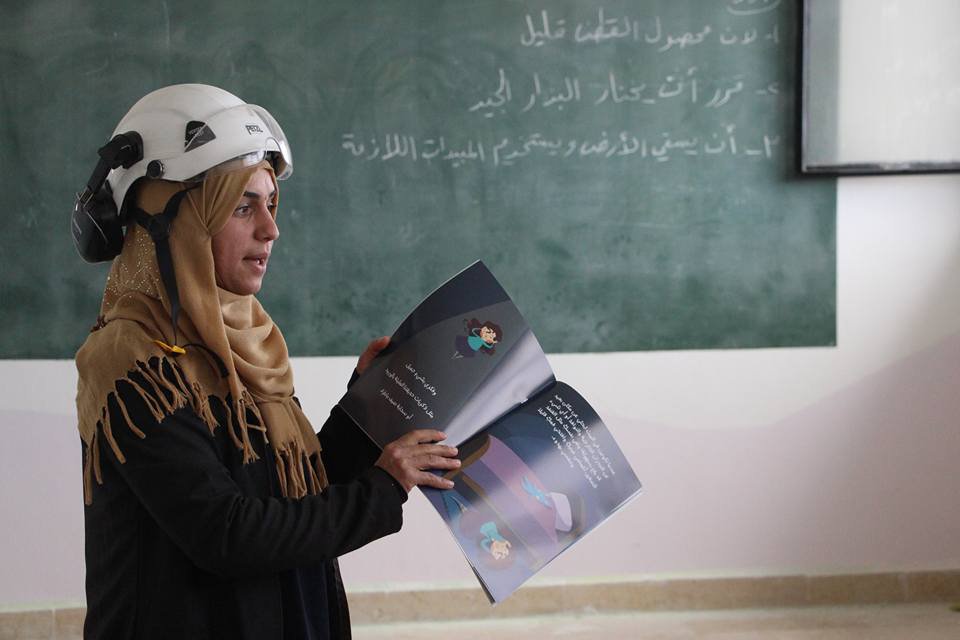 After years of bombardment and the withdrawal of state services many communities are struggling to cope.

Airstrikes have destroyed roads leaving civilians cut off and economic activity stalled. We have started to clear rubble from roads and where necessary repair them. This simple action reconnected people to other areas, allowing them to access services and resume trading and economic activity.

The same aerial attacks have damaged or destroyed electrical grids, sanitation and water systems, in some areas these services stopped working entirely. Trained volunteers are working to repair these services, bringing life back to entire towns and villages.

Following a systematic campaign by the Syrian regime on education infrastructure, as many as 350 schools have been destroyed leaving many children without the education they need. In response to this White Helmets team rehabilitated over 370 schools in time for back to school return in September 2018. This work involved everything from removing unexploded weapons, clearing rubble, fortifying them against future attacks to making them welcoming spaces with murals.

After the large-scale forced displacement of entire areas of Aleppo city, Ghouta and other cities to the north we were at the centre of efforts to welcome these new residents and support their resettlement. This included everything from rehabilitating buildings for habitation, coordinating the arrival, internal transport and providing them with their first meal.

The White Helmets have become a pillar for the rebuilding of communities and in time they will be able to manage themselves. 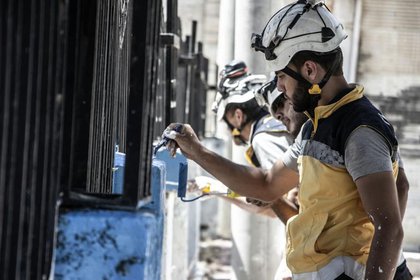 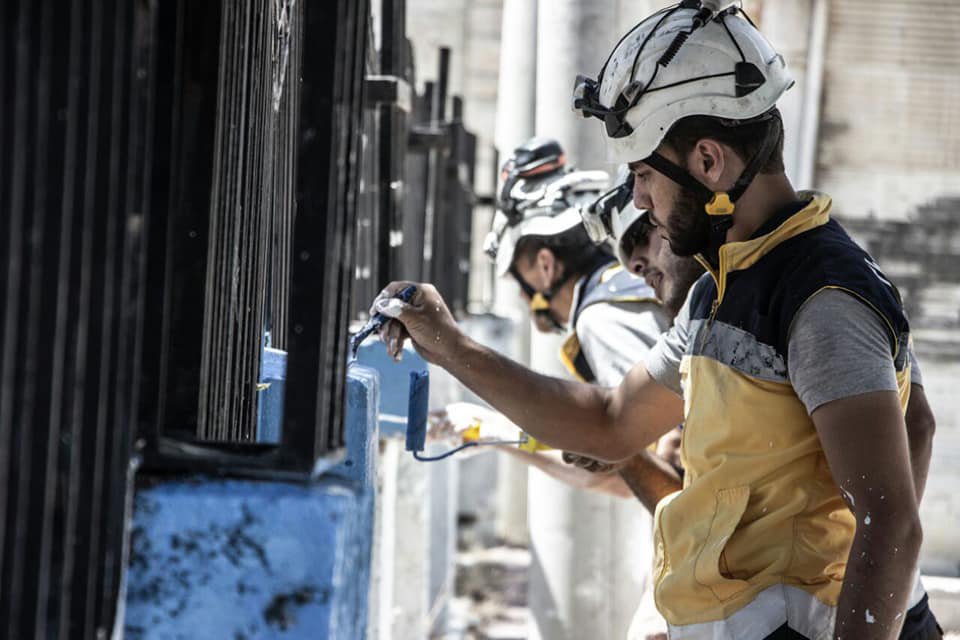 We are also focussed on the reconstruction of entire areas. Following the expulsion of Isis from Al Bab we rehabilitated the entire town. This started with the removal and burial of corpses, clearing rubble and securing areas, fixing the water system and rehousing civilians. This redevelopment took six months and we hope it can be a model future reconstruction efforts.

Finally we think communities deserve more than basic services to live, they need hope. Since 2017 we have an annual campaign to plant 5000 trees to help provide the beauty that makes life more bearable in the midst of war. 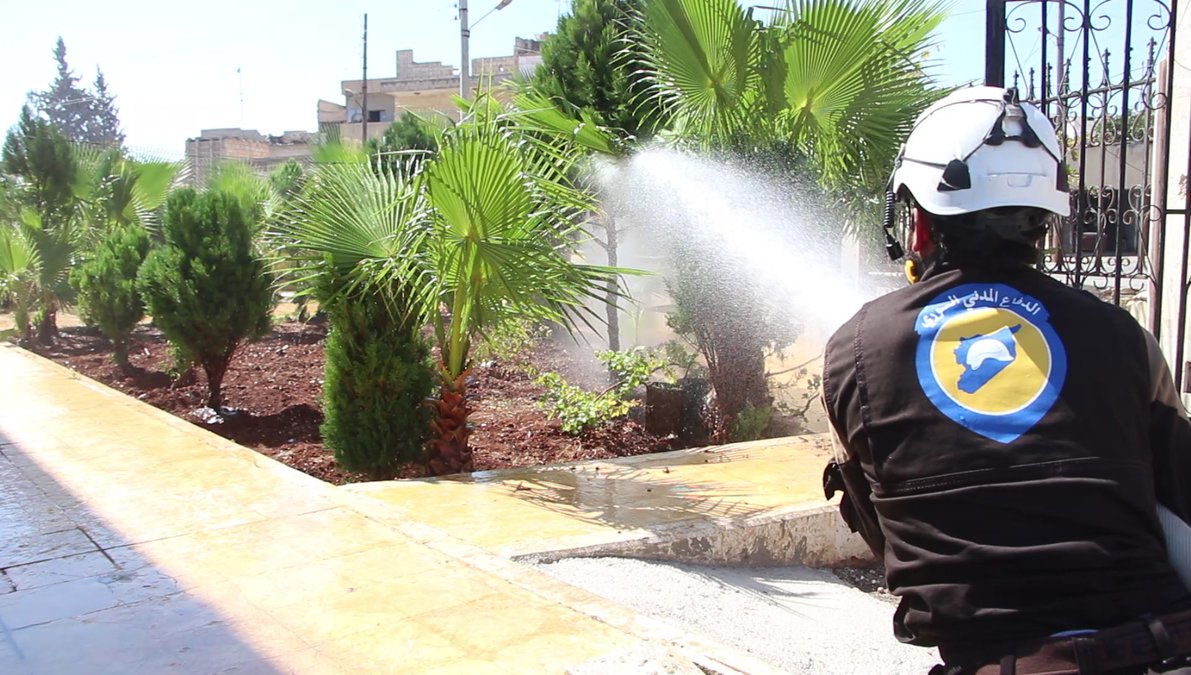 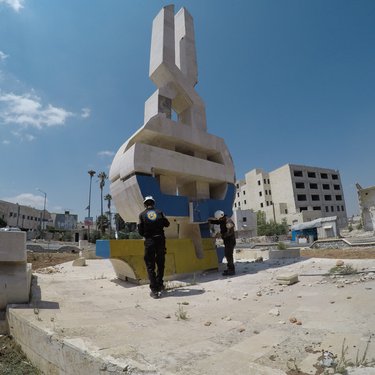 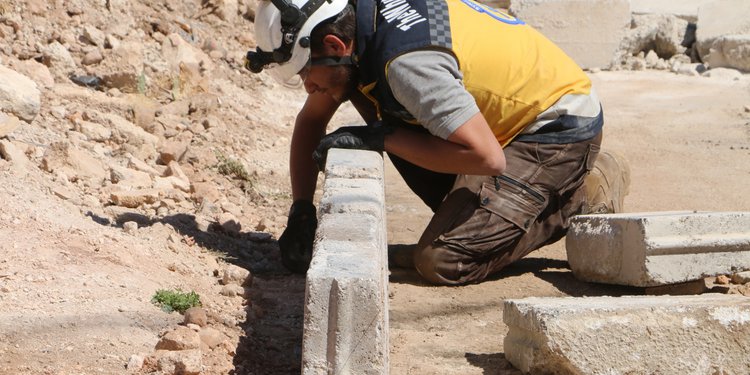 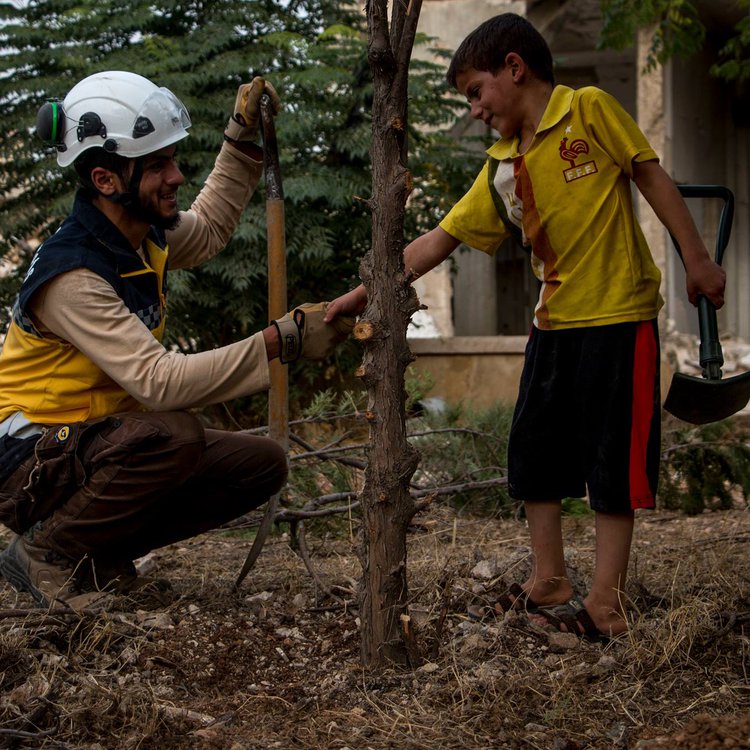 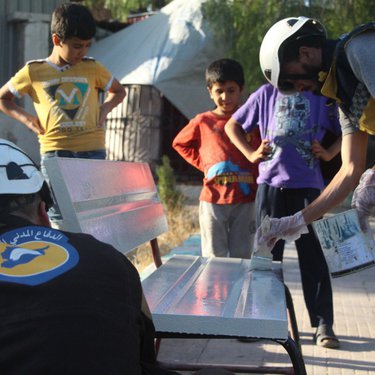 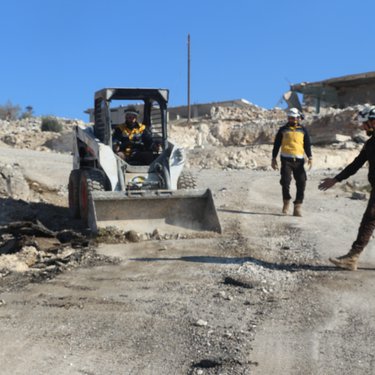 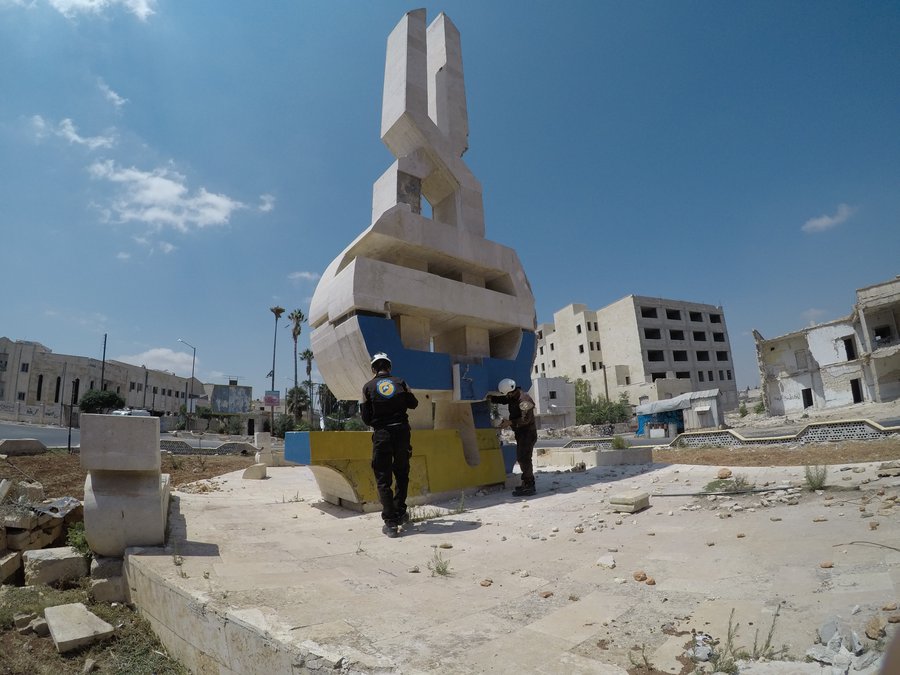 Civil defense teams participate in the rehabilitation of public facilities 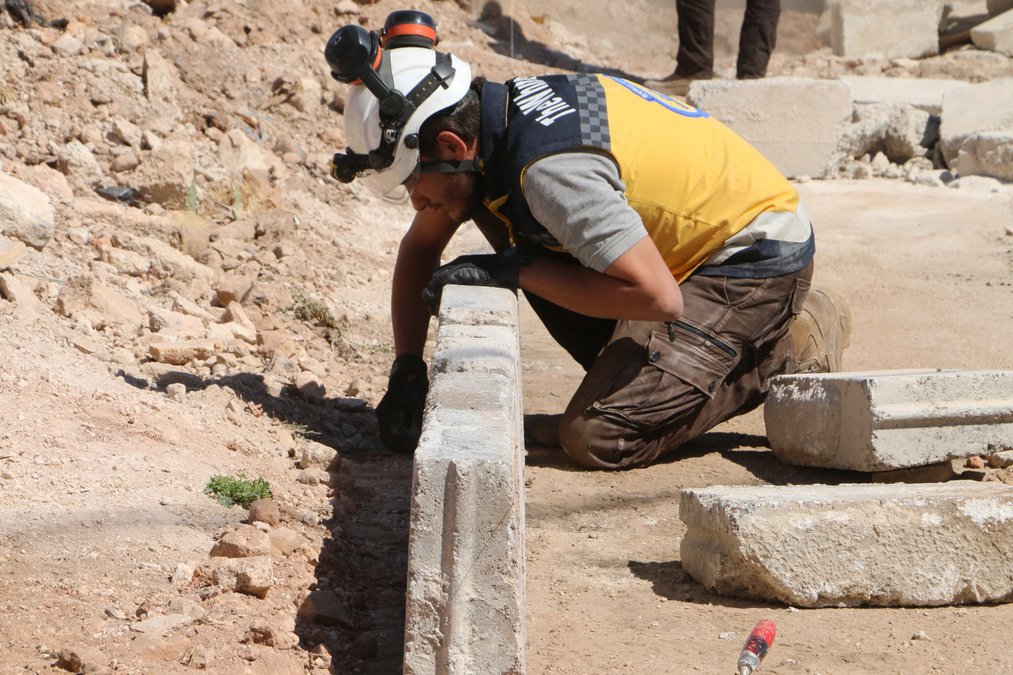 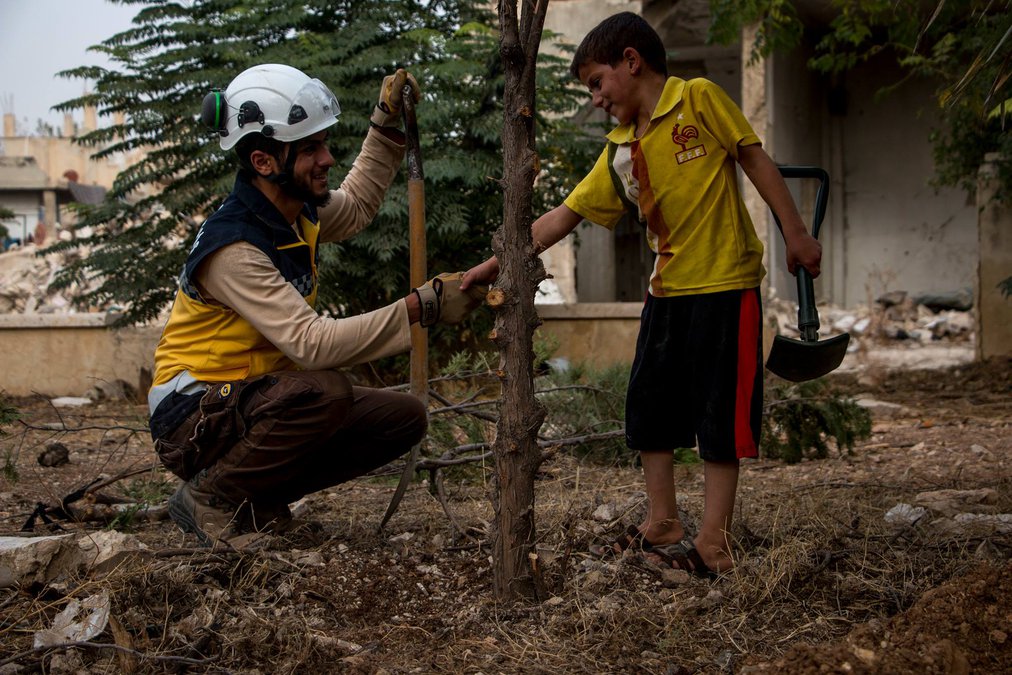 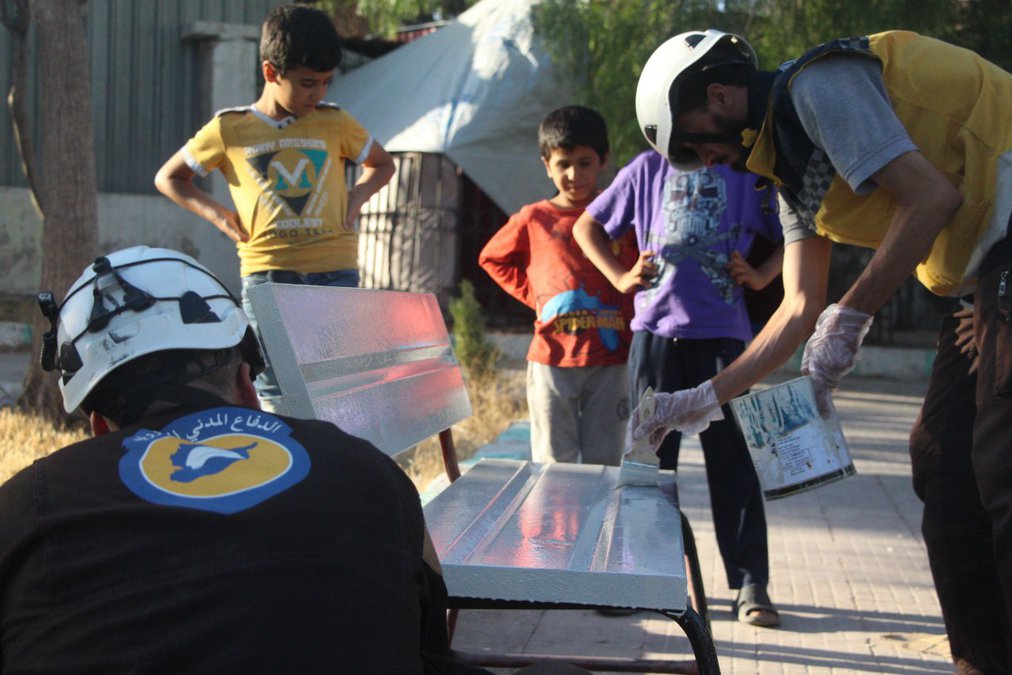 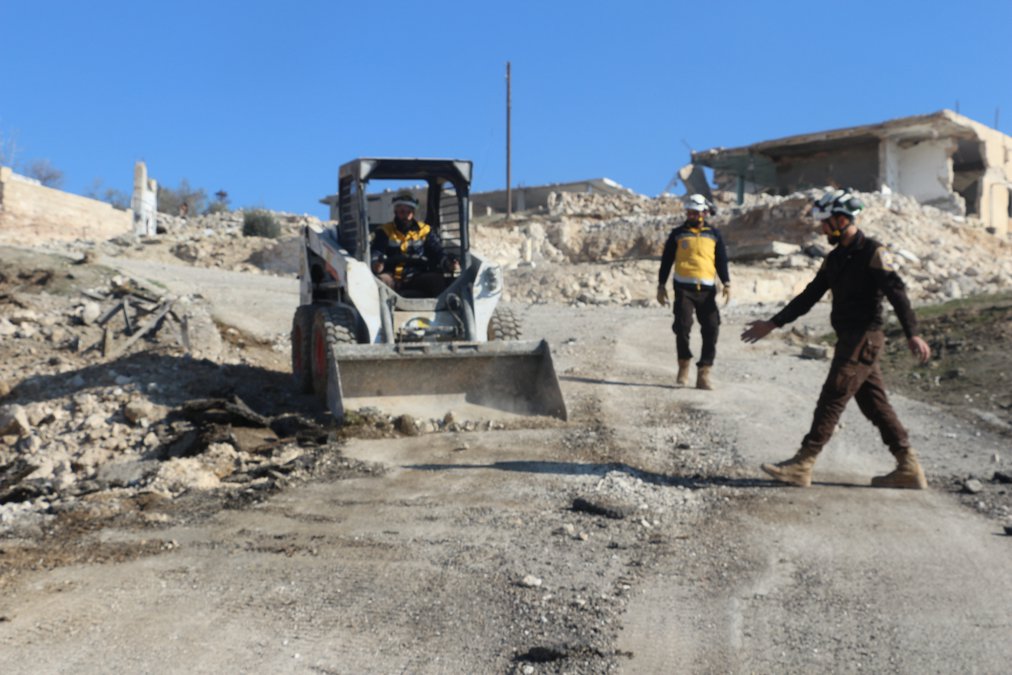