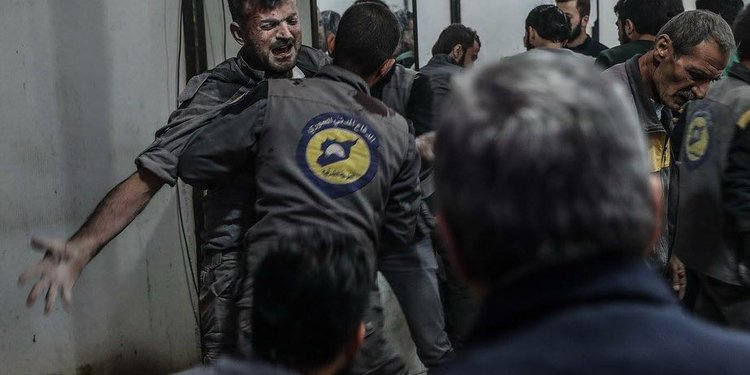 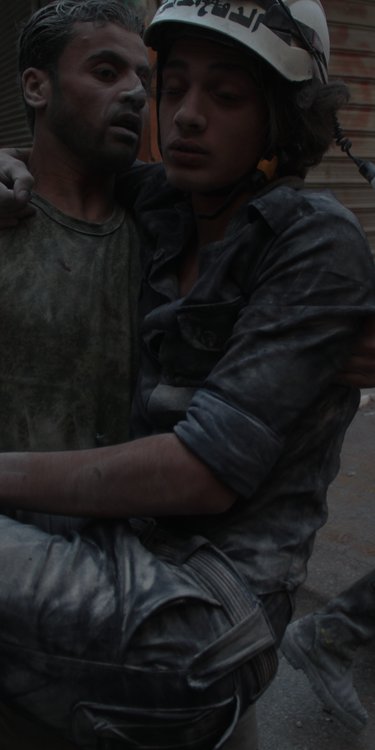 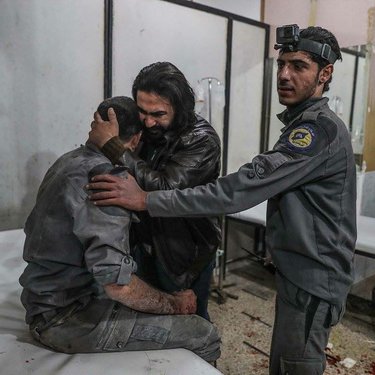 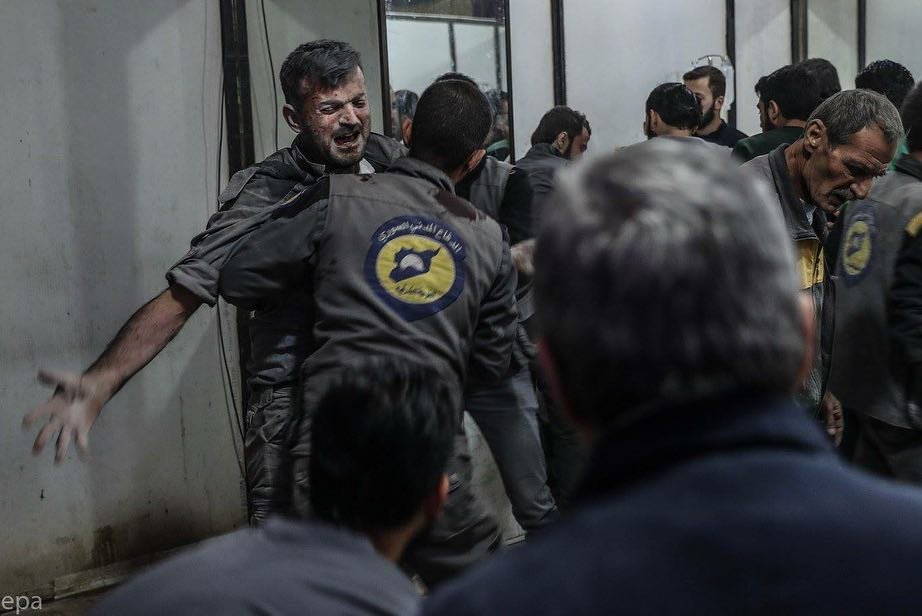 Harrowing scenes following an attack on a centre in Eastern Ghouta 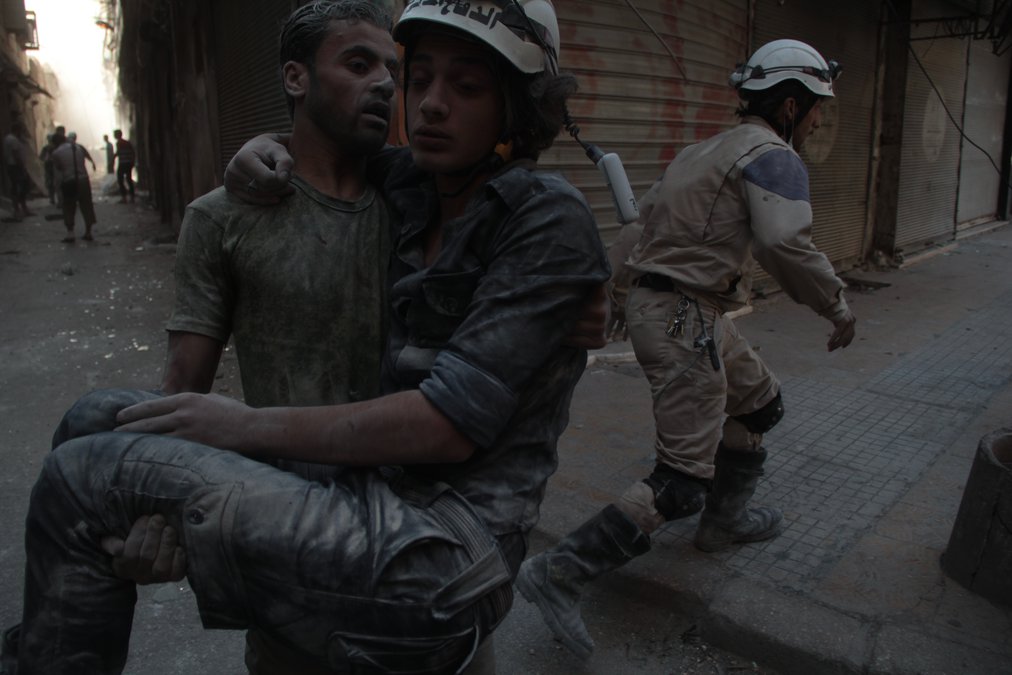 A volunteer carries his injured teammate 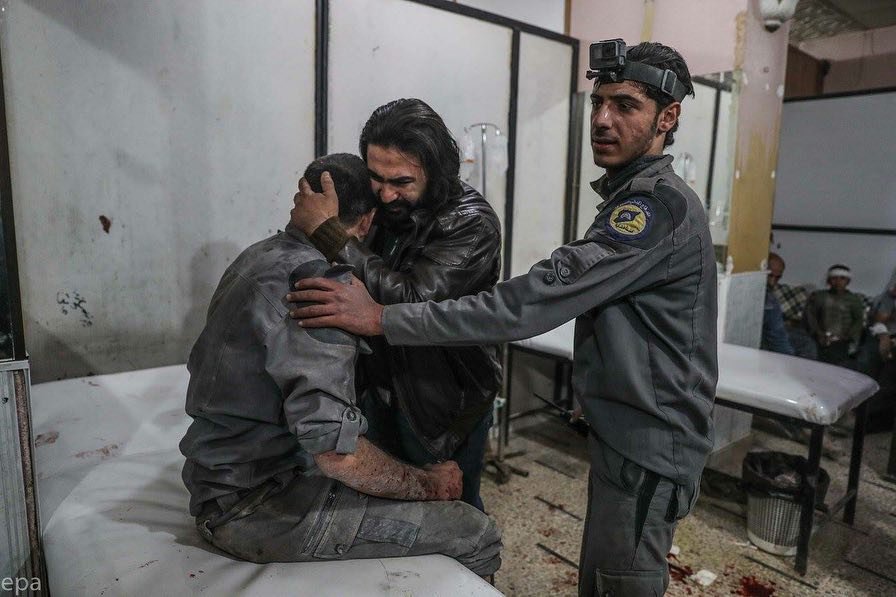 The Syria regime and Russian targeting of our teams make
volunteering for the White Helmets one of the most dangerous jobs in the world.

The Syrian Regime and its ally Russia have long justified their actions in the Syrian conflict as ‘fighting terrorism’. In reality they are waging a war on the Syrian people and have systematically targeted civilians and the infrastructure that supports them: schools, hospitals, markets and mosques. Together they are responsible for the vast majority of all civilian deaths in the conflict.

Our work saving lives and documenting war crimes have made us high-profile targets for the Syrian Regime and Russia. They have bombed White Helmet centres more than 350 times. 282 volunteers have been killed since 2013, more than half of these in double-tap strikes, where warplanes return to the site of an attack in order to bomb White Helmet volunteers who have rushed to the scene to rescue civilians. In areas where the Syrian regime has retaken control our volunteers are hunted down and detained.

We are also under attack from a Russian backed disinformation campaign on our reputation that aims to paint us as ‘terrorists’ or ‘Western agents’. The aim of these attacks is to undermine the credibility of the evidence we have gathered of some of the most heinous war crimes of our time, such as chemical weapons attacks on civilians or the bombing of an UN aid convoy.

Russia has made these claims repeatedly, including at the United Nations, where they were categorically dismissed by European governments and the US. However, most of these efforts are focused online, where an army of bots and trolls have been proven to be deliberately spreading falsified evidence about our work. These attacks fit within Russia’s wider strategy of attempting to undermine trust in democratic institutions across the world.

The most difficult challenge is when we’re on a rescue mission and the regime attacks us directly. We change from rescuers to targets. We go to help maybe two or three people from under the rubble and the number could then become five.... 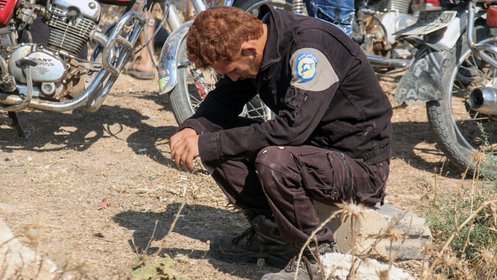 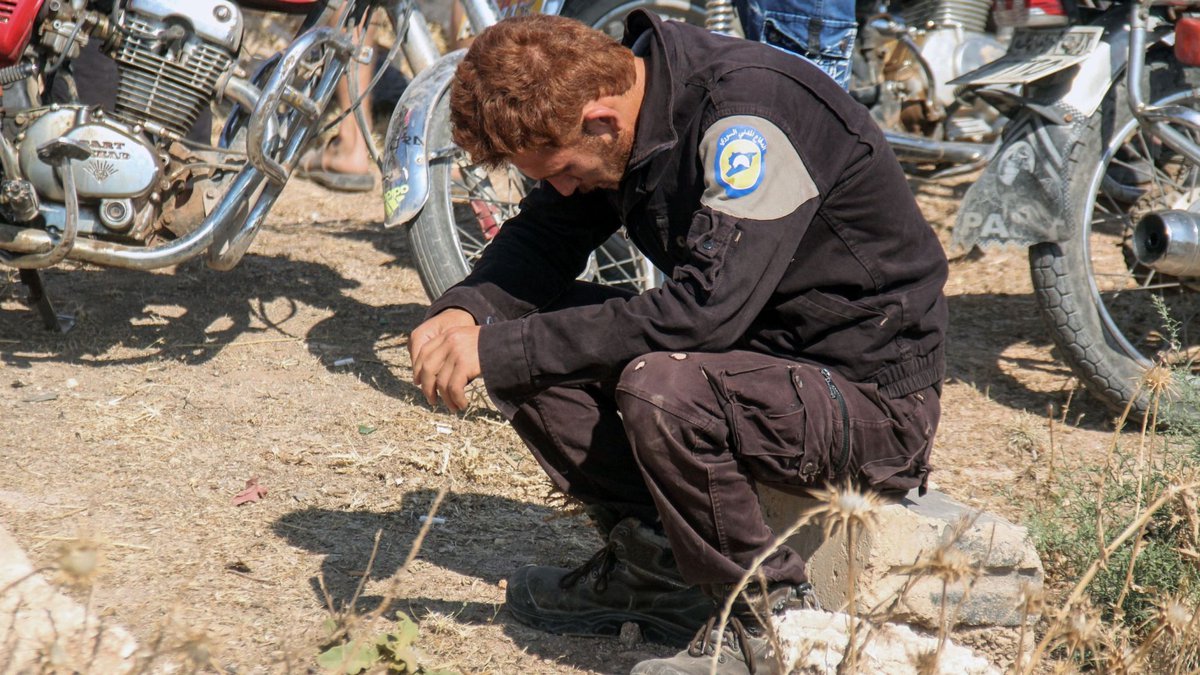 We are very grateful to a number of allies and media organisations have done important work exposing false claims against our organisation. If you want to understand more please read the in-depth report 'Killing the Truth' or this article 'How Syria's White Helmets became victims of an online propaganda machine'.

Propaganda is for criminals that need to defend themselves by attacking others. The criminal (Bashar Al-Assad) needs to deny the documentation of his attacks and tries to hide them with fake news. But if my camera fails then the minds and memories of millions of Syrians who lived through this war will not fail and will not lie.

While these attacks chip away at the morale of our volunteers, nothing will stop us from doing this work. We can’t match the resources of the Russian government but we believe that people around the world know the truth of Syria and will come together to stand up for our work and the communities we serve. 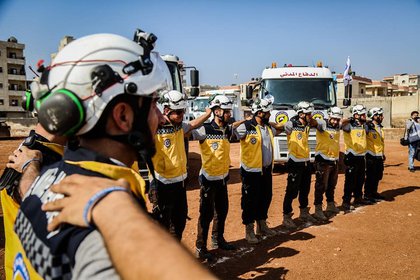 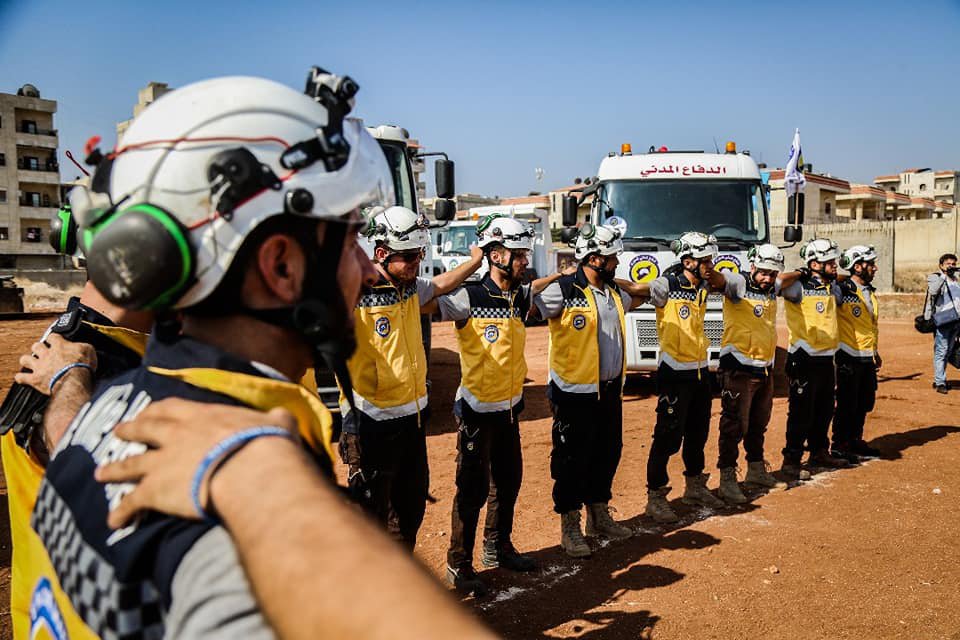 Strength in the face of attacks 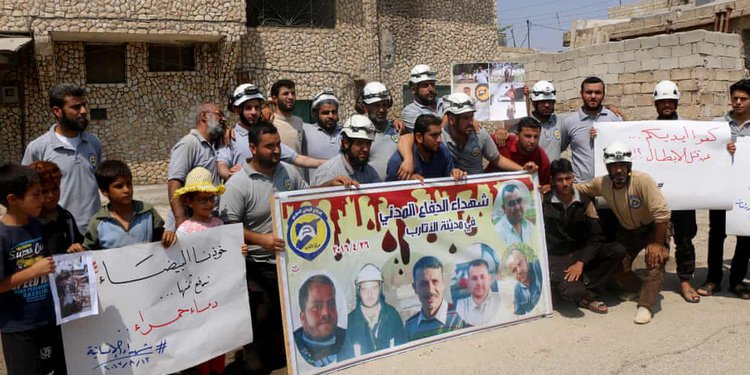 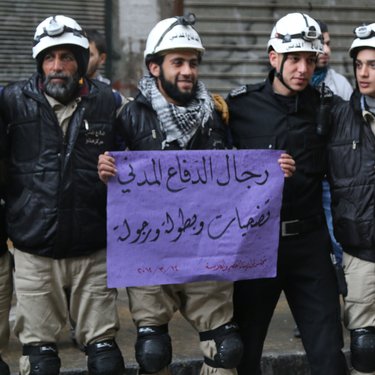 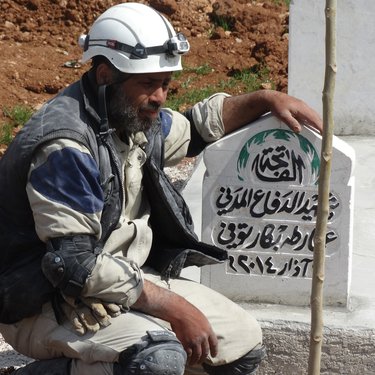 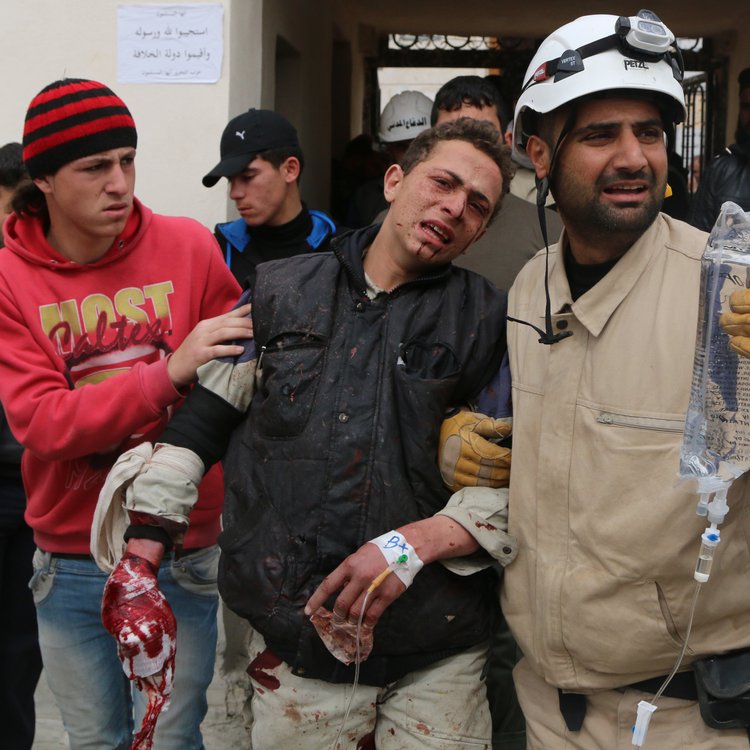 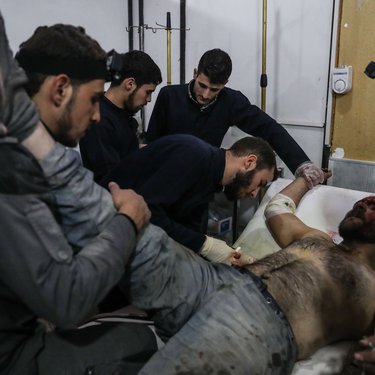 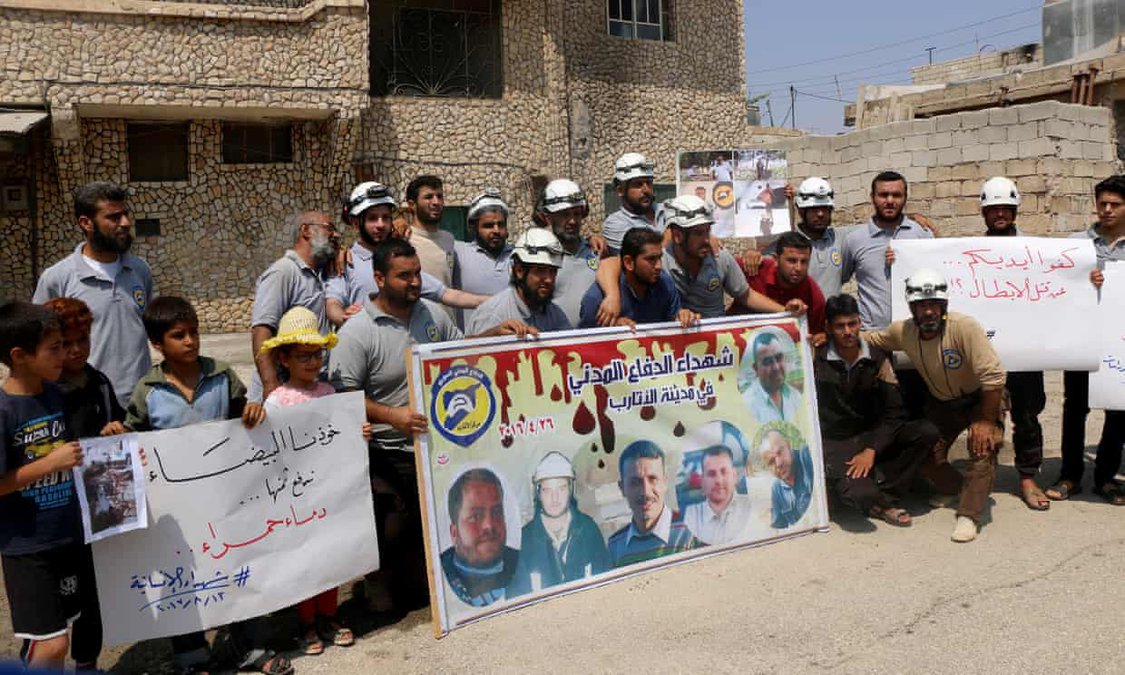 a group of volunteers protesting against the murder of their teammates 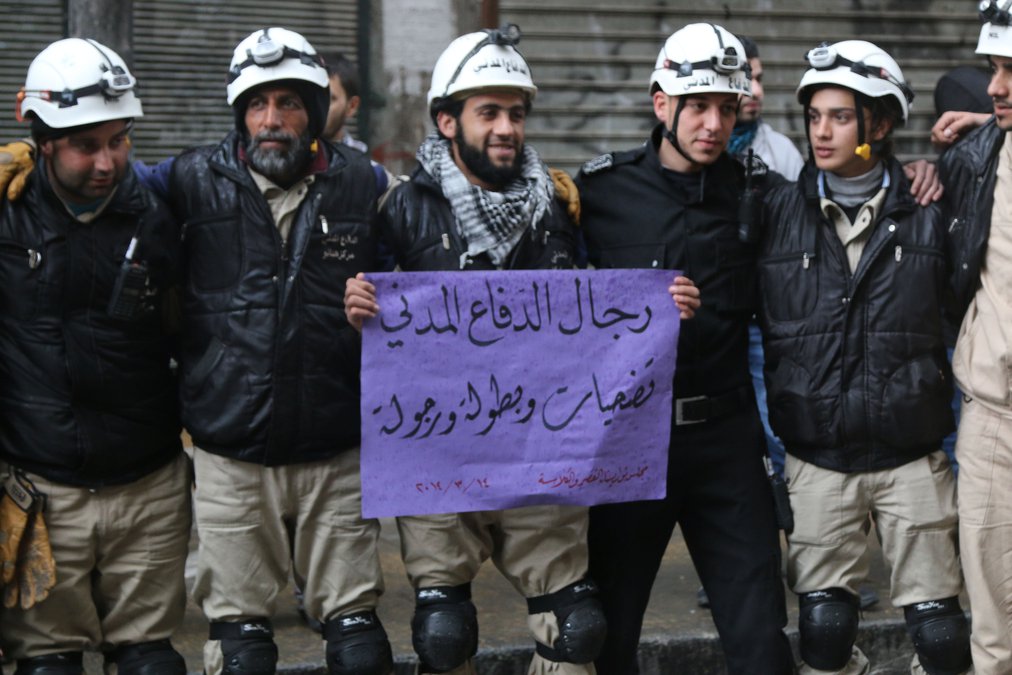 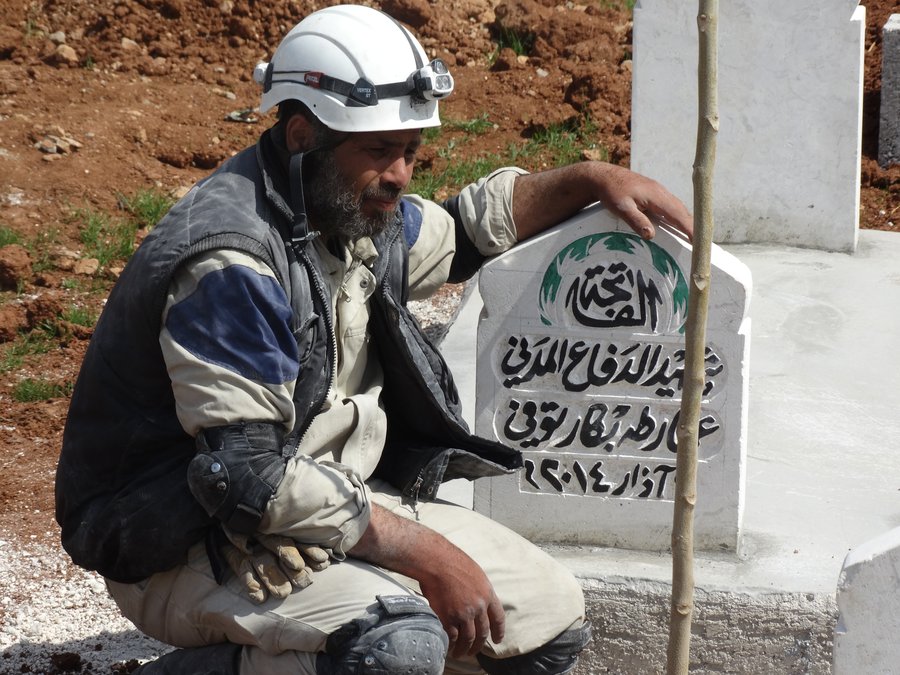 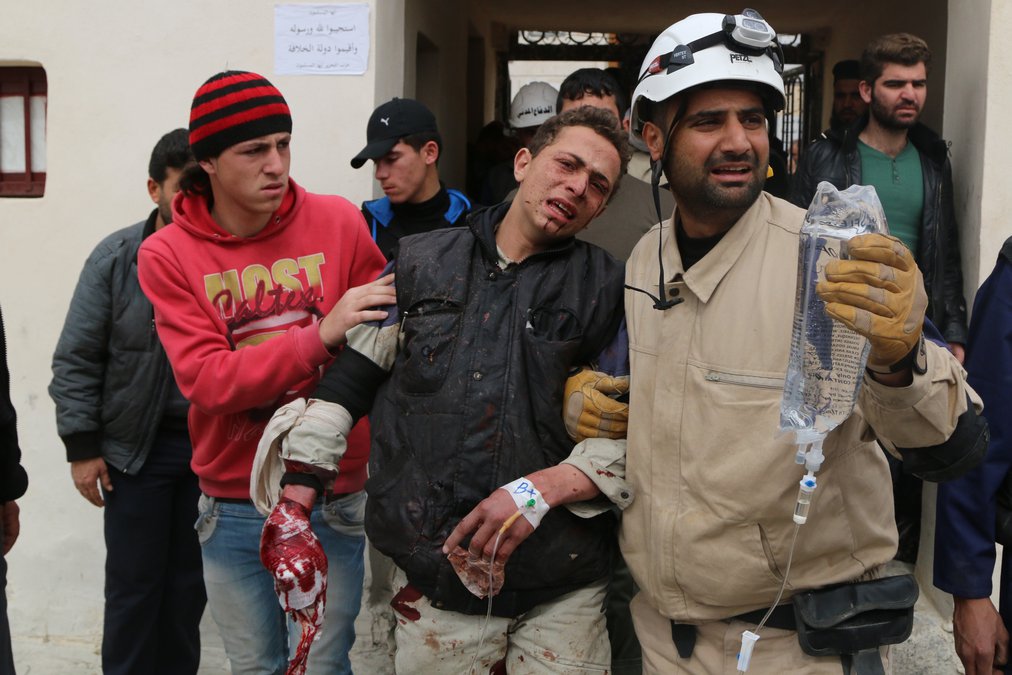 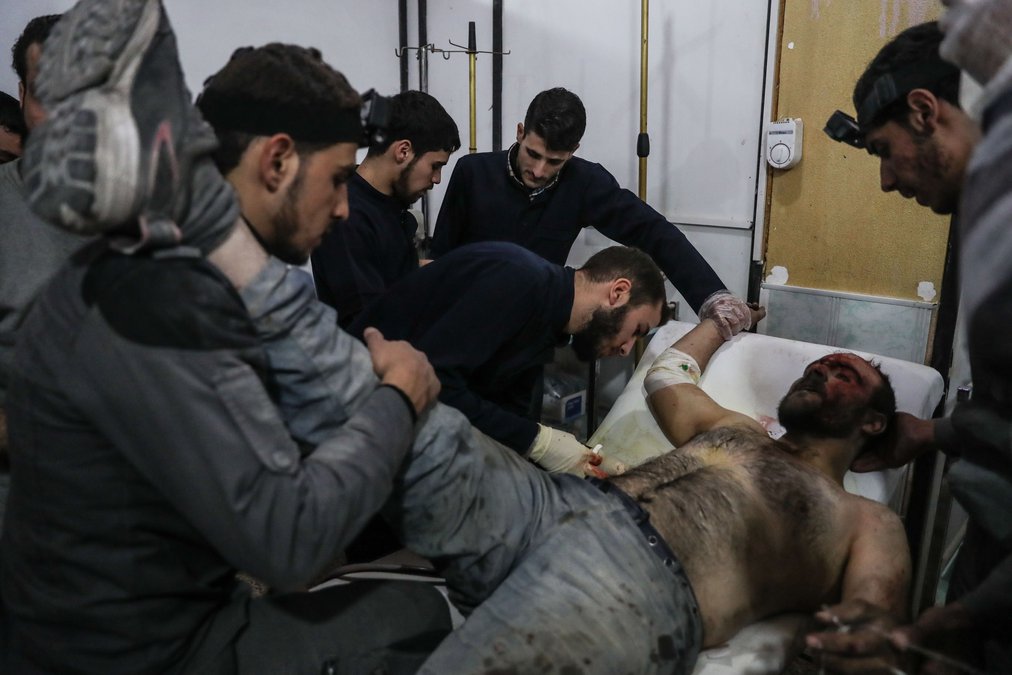