Statement on the Riyadh 2 peace talks 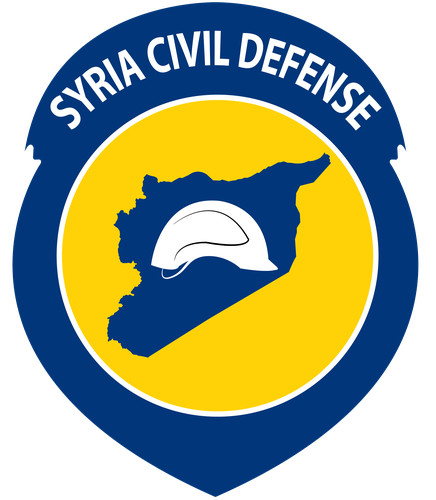 Holy Mosques. We appreciate the efforts taken by the Kingdom of Saudi Arabia and all Arab nations

contribute to the formulation of a national vision.

conference, we state the following:

The Syrian Civil Defence was born out of the the suffering of Syrian civilians. We are committed toall

civilians, without bias and without political affiliation. We do not consider our organisation an

opposition group in the political sense. It is an independent civil society organisation serving all

the Syrians in need, without any agendas or political ambitions.

We see our cause as a national humanitarian issue. We maintain well-known position against the

the Islamic state. This is nota political position, but rather a moral one which obliges us and and

rights, whatever the perpetrators’ political, sectarian or ethnic stance may be.

years of war, throughout all of its scourges which we have witnessed and the martyrs and the

injured we have lost, just like all other oppressed Syrians. We do not believe what is happening is a conflict between loyalists and opposition that can be resolved by sharing power between these two

and dignity in a free unified Syria.

2. We can assure all sponsors of peace talks that the Syrian people generally no longer see the use in

new initiatives, bodies, platforms, and conferences claiming to be representative, particularly in

violations. This particularly applies to the Assad regime which feels immune from accountability

use of chemical weapons, torture, siege and forced displacement.

The Syrian people do not need a new round of peace talks or new bodies every few months. Their

demands are not numerous, vague or complicated. All they hope for is to live in peace and dignity in

their own land. This will be achieved primarily through the implementation of international

represent the priorities for the Syrian people today.

peace process in Syria. However we call on all Arab nations and friends around the world not to

allow conferences or political disputes to distract from the daily suffering of the Syrian people. The

bombing continues in many areas. The so-called de-escalation agreements are selective and seem

to be purely tactical, related to military interests and laying the groundwork for humiliating forced

displacement. Sieges continue in more than one area, and in particular in Eastern Ghouta where

civilians face a real humanitarian catastrophe. And above all this, tens of thousands of detainees

wounded Syria, the organisation’s management has decided not to participate in the Riyadh

Conference and to remain by the side of its members and the people of Syria.

God save Syria and its people.