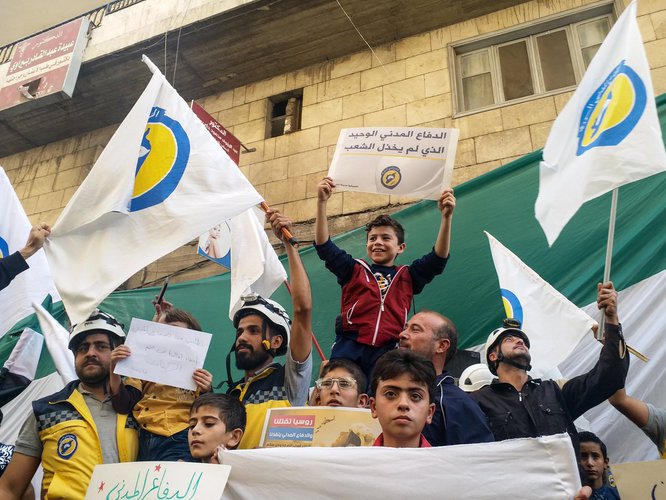 The international community’s decision risks leaving more than three million people without access to the healthcare, a right guaranteed by members of the United Nations

The Syria Civil Defense is deeply disappointed by the decision of international donors to suspend funding for medical services in northwestern Syria. First and foremost this means that the already stretched doctors will no longer have the resources needed to provide healthcare to more than three million people. This leaves them in an unimaginable situation: continuing their work without pay, with dwindling supplies, and facing unconscionable questions of which life to save, which patient to treat.

Since starting our work, we have worked with closely with doctors, often passing the injured civilians we’ve pulled from the rubble into their arms for life-saving treatment. Many of our volunteers and doctors who are now working in Idlib previously worked together to save lives in Aleppo, Eastern Ghouta and Daraa before they were forcibly displaced. These doctors have demonstrated time and time again their willingness to risk their lives to save others, their commitment to working in an impartial manner and a refusal to never, ever give up. Together we share the same motto, “to save one life is to save all of humanity.”

The international community’s decision risks leaving more than three million people without access to the healthcare, a right guaranteed by members of the United Nations. These cuts will lead to more people losing their lives, increased spread of diseases and threaten the stability of the region as people are forced to move to seek healthcare. All this further punishes vulnerable civilians who are already coping with the impact of eight years of aerial attacks, forced displacement, and difficult winter conditions.