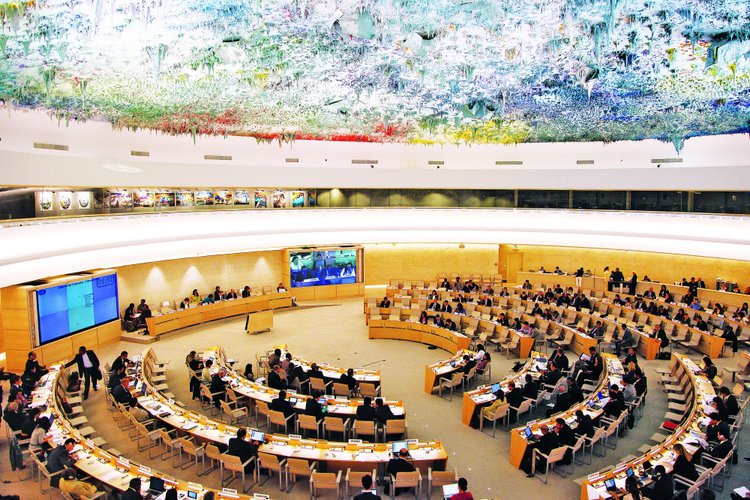 More than five years have passed since the release of the last UPR report on Syria (2016). The report contains recommendations from member states of the Human Rights Council.

We, the White Helmets, Syrian Civil Defense, believe that the Syrian regime and all the perpetrators involved in committing crimes against humanity must be held accountable. We will spare no effort to provide evidence of these crimes and of the brutal war that has been waged against the civilians of Syria for the past 10 years. No amount of international forums or attempts at diplomatic efforts led by the regime and its allies can erase the regime's extensive criminal record.

On January 24, 2022, member states at the Human RIghts Council reviewed the Assad regime's human rights record at the 40th Universal Periodic Review of human rights. The White Helmets contributed to the process by providing our records and information to the Shadow Report, a supporting paper that documents the violations committed by the Syrian regime during the past five years. The short report provides evidence of the regime’s lack of compliance with international humanitarian and human rights law, disclosing information on the regime's strategies in sieging cities, blocking humanitarian assistance, and committing attacks against civilians and humanitarian aid workers.

Yesterday's session of the UPR witnessed widespread condemnation by the majority of states of the violations committed by the regime over the course of the past five years, as well as the regime's lack of compliance with the international covenants, the human rights principles adopted by the Council, and all the related recommendations of member states on its war against civilians in syria.

The UPR process is an essential step in the path towards a comprehensive and just political solution in Syria. We greatly appreciate the role our partners' and allies have taken, and their efforts to prevent the continuation of the current Syrian regime. We believe that all international actors must take similar actions in public condemnation of the Syrian regime periodically in order to reach a comprehensive and just political solution to the Syrian case.